Our new partners will bring added value to our project transferring their knowledge and sharing network for distribution activities, for connecting to VOD platforms, for creation of extra material and working with children in those special conditions.

Pack Magic is an initiative of Drac Màgic, a cooperative in Barcelona that, since 1970, has been dedicated to the study and dissemination of audiovisual culture and its use in various educational, social and cultural activities. They have experience with VOD platforms, in fact are part of the platform of the Public Libraries Network of Catalonia and Basque Country where they offer films to their members and they work together with Filmin, the most important independent commercial VOD platform in Spain. There they have their own channel (with a plan to include the Films in Hospitals’ contents to their Filmin’s channel) and already worked with several associations of sick children and with the health Department of the Catalan regional Government.

Coop. Soc. Il Nuovo Fantarca onlus arl was founded in Bari (Italy) in 1999.  Its aims center around promoting human rights and social welfare, developing a nonviolent culture, and promoting a culture of legality, social justice, collective memory and self-empowerment. These activities are implemented through the experimental use of video art therapies and films by setting up every year the International Festivals of Cinema (feature films and docs) for and with Children and Teens, and through different activities of media literacy. It works in schools, local social gathering centers, parishes, juvenile justice centers and juvenile penal institutions, roma camps, refugees’ camps. Their experience in working with children in difficult contexts, such as youth prisons/institutions is very valuable and gives a context to investigate further the project to a new audience with limited mobility.

Kinodvor is the cinema with 90-year-long tradition in Ljubljana, the capital of Slovenia, and was in 2008 transformed into a city public institution. At that point, Kinobalon film education programme was founded. Kinodvor is committed to screening quality and more demanding film production and providing film education. Annually, 40.000 of visitors attend three different programmes for young audiences: school programme, family programme and teen programme. Kinodvor regularly organises international conferences and is an active member of Europa Cinemas network and European Children Film Association. Kinodvor received two prestigious Europa Cinemas Awards: Best Young Audience Activities Award (2010) and Best Programming Award (2019). Kinodvor has collaborated with the city main hospital at the University Medical Centre Ljubljana and its pediatric department since 2013, which will give us a new insight into the project from the point of view of an exhibitor. 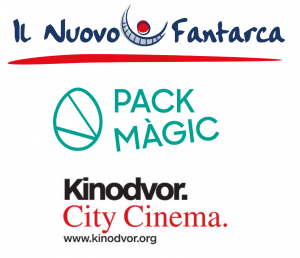