The pan-European project FILM IN HOSPITALis an online platform dedicated to film screenings and audience engagement for children at the hospitals, revalidation centres and children recovering at home.

How it all started

After several successful editions there was an urge to expand the project and connect with other European partners. The call for Promotions of European Works Online, launched by the European Commission, was the moment for teaming up with new partners Kids meet Art (Croatia) and BUFF (Sweden). An international platform was created, dedicated to film screenings and audience engagement for children in hospitals, with different sections for different age groups: 3+, 6+, 9+ and 12+, for parents of patients and hospital staff. In each country the project is presented in its native languages.

Films are selected based on the following criteria selection:

Offering alternative and exclusive European children’s films online, gives us an important role for them to access culture, which is the right of every child. Our platforms are not merely databases of quality film, but also a provider of audience engagement online tools such as educational material, quizzes, introduction films of cast & crew, links to applications which explore or enforce the film experience further. Working closely with festivals, distributors and film educators, our goal by the end of 2021 is to offer European AV works on digital platforms in 6 countries and its respective languages through a network of nearly 200 hospitals. 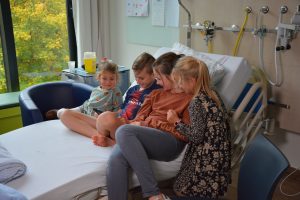 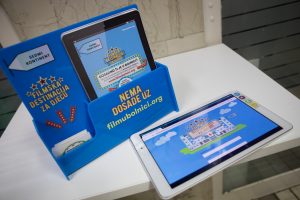 Imagine all children having access to quality films. Even those who are physically unable to go to cinemas or participate in festivals. What about children who are sick and in and out hospitals or revalidation centres? We are using our platforms online to reach out to those children!

We focus on a qualitative approach rather than obtaining a quantitative goal. Cooperating with several hospitals, revalidation centres and intermediates to reach as many children as possible. Offering exclusive festival films from different European countries with extra material to engage the audience to participate with their own stories and creativity. Lastly we encourage other European festivals and organisations to participate in this great adventure create and even wider European platform, with a wider audience • A platform for different age groups (3+, 6+, 9+, 12+ and 15+) and indirectly parents of patients and hospital staff.
• 12 features and 60 short films year round available. Every year updated with new content.
• Promoting interactivity such as voting for films, reviewing films, sharing images, stories and to connect with children in similar situations at hospitals in all projects countries.
• Stimulate other European festivals, distributors, hospitals to participate and create a wider European platform.
• Augment awareness regarding audiovisual works and stimulate film literacy.

Now a lot of children in hospitals have easy access to film content that is mainstream, non-European, non-exclusive, passive or non-interactive… What if they could attend their own international film festival with exclusive European films where they can vote and interact with each other? The exclusive festival films and the extra content on the platform complements the commercial VOD platforms, available dvd’s onsite and free internet content.

Together we created a platform dedicated to film screenings and audience engagement for children at the hospitals, revalidation centres and children recovering at home.