Virtual Reality and other fun extra educational materials for Film in Hospital!

All Film in Hospital partners are working hard to provide extra fun and educational materials to accompany the films on their online platforms.
JEF has made a gift bag for all children in hospitals with some colourful extra’s to strengthen the engagement with the Belgian platform. Since the JEF festival is coming, children in hospitals become jurymember for the JEF in the hospital award! A cool personalizable lanyard and voting form highlights their presence. This goes accompanied with some stickers, an ‘how to personalize your giftbag’ and ‘information’-card and brand-new Cardboard VR-goggles to play the renewed VR wonderwater app! 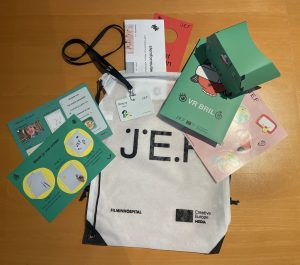 Film in Hospital wishes you a Merry Christmas and Happy New Year!
Some children in Italian hospitals made this wonderful video with stop-motion technique.

Film in Hospital outside Europe!

Film in Hospital wants to increase the knowledge about its project in the EU and beyond. In that way, we augment the sensibility of the AV community and the general public on the topic of inclusion of young audiences in vulnerable conditions.
In September, JEF participated with the Adana cinema heritage project in Turkey. At this closing conference of the project, they had the opportunity to present the hospital project as a good practice on cinema culture. Iris Verhoeven presented the project twice, once on the international expert networking day and once on the regional conference on common cultural heritage.

In November, at the Kineko International Film Festival in Tokyo (Japan) Iris Verhoeven, director of JEF, had the chance to exchange experiences on the hospital project in Europe. She had a meeting with MD Mureo Kasahara, executive director, and Rui Kondo, Public relations, from the National Center for Child Health and Development, a children’s hospital in Tokyo.
The Belgian embassy was also present and we had a short meeting with Elisa Castaldo, minister-counsellor, deputy head of mission and Maki Nakamatsu, her assistant. In the festival brochure the project was mentioned and the director of the festival, Mitsuo Tahira is very excited to learn more about our European experiences.

Presentation of Film In Hospital at the AniFest Rozafa

On 15th November we presented the project Film In Hospital at the AniFest Rozafa, the international film festival for children and young people in Shkodra, Albania with Rosa Ferro, the coordinator of the italian platform www.cinemainospedale.it 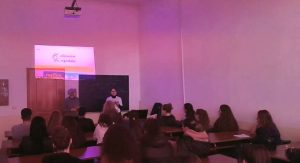 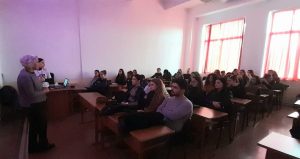 CineO’ is coming, the first Cinema in Ospedale Festival as part of the European project Film in Hospital.

It’s a special project that builds a bridge between school and hospital in collaboration with Scuola in Ospedale – Regione Puglia, the network In.Con.Tra.Re., Giovanni XXIII hospital and Policlinico di Bari, Bambino Gesù children’s hospital of Rome, the “Bimbo Tu” association of Bologna, the Ministry of Culture of Italy, the Villa d’Este and Villa Adriana Institute. 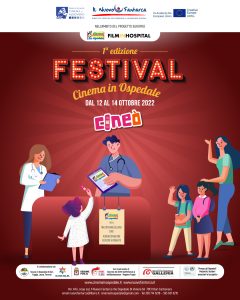 Kick-off with all six Film in Hospital partners in Barcelona, Spain

From 6 until 9 september 2022, all six Film in Hospital partners met each other again in Barcelona (Spain) for three days filled with brainstorms, film proposals, discussions on research and much more to prepare the next two years of Film in Hospital! Our meetings took place in the beautiful building of Centre Cívic Convent de Sant Agustí where everybody had the pleasure of meeting the team of Pack Màgic, our Spanish partner. 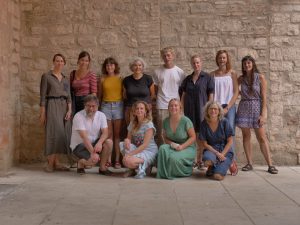 END_OF_DOCUMENT_TOKEN_TO_BE_REPLACED

Press conference of Film In Hospital in Bari, Italy

On 5th July we presented the Italian platform of Film In Hospital at the press conference at the Palazzo della Regione Puglia (Bari, Italy). Rosa Ferro, the state coordinator of the platform, was accompagnied by Ludovico Abbaticchio, Guarantor of children’s rights of the Puglia Region, Rosa Barone, Councilor of Welfare of the Puglia Region, Grazia Di Bari, Councilor of Culture of the Puglia Region, Andrea Coluccia, head of the Creative Europe Desk Italy MEDIA – Bari, Maria Iaia, director of the Monte San Michele Didatic Circle – referent of School in Hospital and Giuseppina Caggiano, Associate Professor of Hygiene at the University of Bari and Director of the II level University Master School in Hospital. 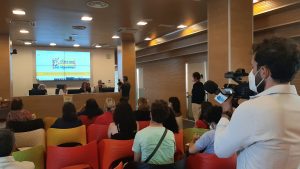 In May 2022, European MEDIA funds approved the international Film in Hospital project for two more years. Thanks to this approval, Film in Hospital can keep striving to grant ill children in hospitals and revalidation centers access to exclusive, festival-quality films and educational materials. The 6 European partners* are happy to continue providing these children and youngsters with (film) culture. That is their fundamental right. 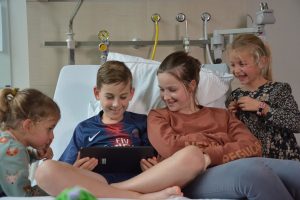 END_OF_DOCUMENT_TOKEN_TO_BE_REPLACED

Little plaster and other stories in Italy

Have you ever imagined how many characters can a little plaster turn into?
Watch the video and a sea of discovers await you together with other little characters.
Little plaster and other stories was created by 30 children in hospital, supported by their teachers of School in Hospital in Bari, Lecce, Taranto, Foggia (Italy) during a workshop on line organized by Il Nuovo Fantarca for Film in Hospital project. The workshop was on line because of pandemic and focused on stop motion tecniques using a box as a set, a smartphone as a camera and a free app for stop motion. Giving life to a plaster or to a surgical mask or to a gauze is an amazing, relaxing imagination game for each child.
Read more

The last week of October, all partners (including the new ones) finally met in Antwerp for three days of interesting workshops and meetings to prepare ourselves for a new year of Film in Hospital! We shared ideas and perspectives on the future of our dear project. Now, we are ready to broaden our scope even more to connect with children and youngsters in hospitals and present them entertaining, qualitative and educational films and games on our online platforms. 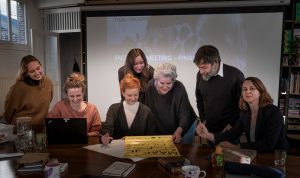